As the second largest city in the state of Connecticut, we know New Haven residents have the need for All Star Paving. Your home or business must be kept in mint condition, including your driveway, parking lot area, rock walls, and sidewalk areas. Due to the different seasons we experience in New Haven, your asphalt surfaces are sure to become damaged over time. It is important to maintain your area every few years, which is where we come in. For over 20 years, we have worked diligently to provide our New Canaan customers with the highest quality work and hassle-free experience possible.

We work with you to create a beautiful new surface for your driveway or commercial space, including:

We are here for you with any issue you may have with your driveway, from installation to:

Contact us today for a free quote regarding your asphalt needs!

With a total population of 862,477, New Haven, Connecticut is the second largest city in the state. Located on New Haven Harbor on the northern shore of Long Island Sound, New Haven is home of the Ivy League school Yale University. The median income per household is $29,604. 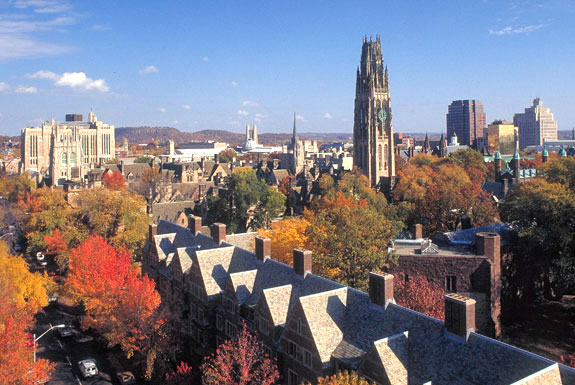 New Haven had the first public tree planting program in America, producing a canopy of mature trees that gave the city the nickname “The Elm City.” The city’s economy was originally based in manufacturing, but today, over half of the city’s economy is made up of services, in particular education and health care. Yale is the city’s largest employer, followed by Yale – New Haven Hospital, providing more than $100,000 + salaried positions than any other employer in the state of Connecticut.

The Knights of Columbus, the world’s largest Catholic fraternal service organization and a Fortune 1000 company in headquartered in New Haven, along with two other Fortune 100 companies, including the electrical equipment producers Hubbell and Amphenol based in New Haven County.

There are also many architectural landmarks dating from every important time period and architectural style in American history. Many landmarks within the town have been designed by architects such as Frank Lloyd Wright, Alexander Jackson Davis, Louis Kahn, Frank Gehry, Paul Rudolph, and many more.