All Star Paving is here to serve you through honest, high quality work, making us the best option for all New Canaan residents! We pride ourselves on completing every project in a timely manner while also remaining careful and efficient in our quality of work. Through teamwork, we are able to achieve excellence and satisfy your needs. You will not regret putting your trust in All Star Paving because we are here to serve you!

We can fix any driveway and parking lot paving issues, including:

No matter what, we work diligently to keep your parking lot functioning and looking great! We also provide masonry, excavation services, and more:

Call All Star Paving today and we will supply you with a free quote!

All About New Canaan, Connecticut

New Canaan, Connecticut is located in Fairfield County and is just 8 short miles from the city of Stamford. With almost 20,000 residents, New Canaan is one of the wealthiest communities in the nation. In 2011, the town was ranked eighth on CNN Money’s list of the top-earning places in the United States and had the highest median family income in the country in the year 2008. The median household income is $141,788.

The city also has architectural significance, as it was center of the modern design movement from the late 1940s until the 1960s when over 80 modern homes were built in town. A group of five students from the Harvard Graduate School of Design came to New Canaan and began creating homes in a style that was the extreme opposite of the traditional build of the time. New Canaan came to be the locus of the modern movement’s experimentation with materials, construction methods, space, and form. Many of these houses can be seen in the film The Ice Storm.

The New Canaan Public Schools system is known as one of the best in the state of Connecticut. Furthermore, it has also gained national recognition for its high performance: in Forbes magazine, New Canaan was ranked as the third school district in the United State from home value for communities with a median home price of $800,000. 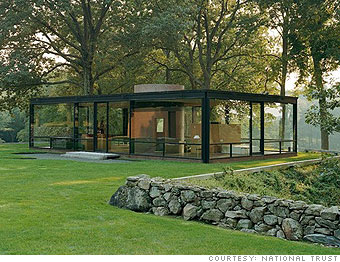 Make sure to visit the seven museums, many historic buildings of the New Canaan Historical Society, which also collects and preserves materials for the museums. New Canaan is also known for being home to the organization dedicated to the tragedy of the Twin Towers called the Voices of September 11th.