We recently did a job that was interesting and a little different, but ultimately very straightforward. The customer was relieved when they finally spoke with us in person because we are the asphalt contractor Bedford residents can rely on for their driveway needs (and especially custom work). Our customer needed to have his old gravel driveway expanded, and as you can see from the pictures it is quite a spectacular residence. He had considered some other options (like having a fill team come in and pour some more gravel) that he didn’t feel would be the best option. We recommended a course of action that the homeowner was highly receptive to. We told him we could rip out the existing driveway, then widen the base area where new asphalt would be placed. Finally we would pave the long stretch and sealcoat it. The resulting  driveway would be durable and stately, and would match the elegance of the home.

He spoke with a couple other companies to explore the other options that he had shared with us, but then called us back a few days later. He had even received estimates from some concrete contractors, but he did not seem to have his full faith in these organizations. His ultimate decision, he told us, was that we seemed to be the most knowledgeable, attentive and trustworthy companies. 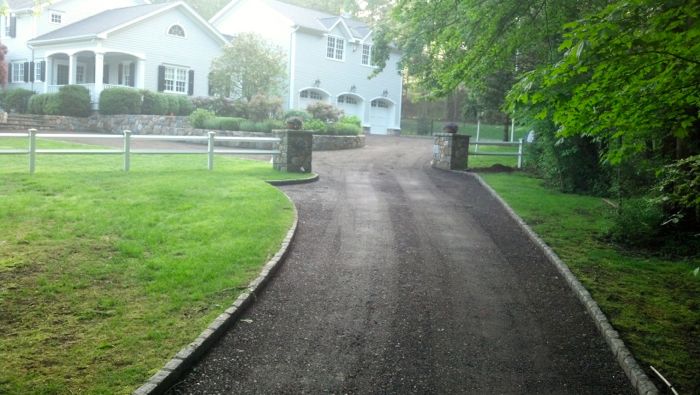 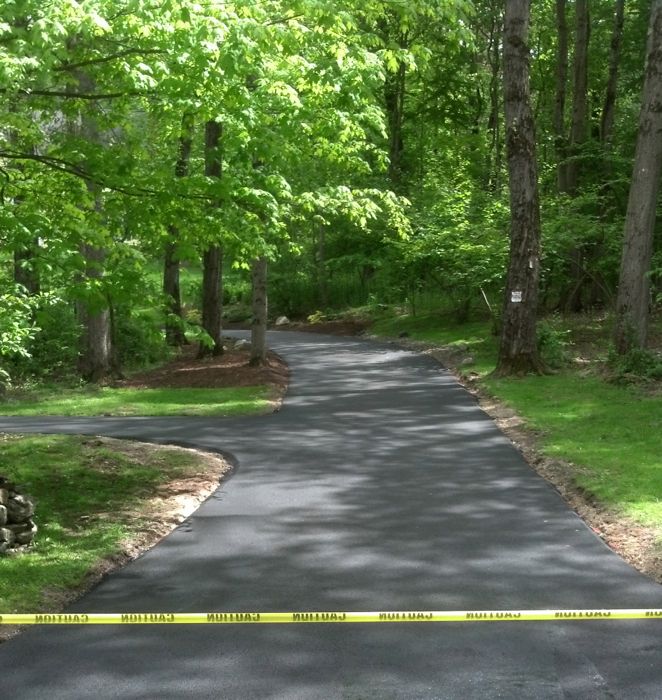